The Dukes episode nominated is "Mojo" and it's the only TV series nominated in this category (the other nominations are all films).

Director Stu Connolly said "Sticky is thrilled that the Dukes has been nominated in the AACTA Awards – Australia’s industry voted film and television awards."

The AACTA awards will be announced in Sydney in January 2014.

More details on the awards here 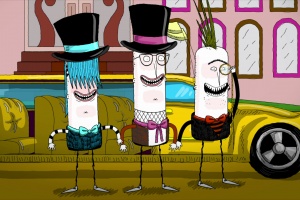