Australia's favourite conservationist, Bindi Irwin, returned to our TV screens as the host of Bindi's Bootcamp, an action-packed, adrenaline pumping game show - and now it's available on Netflix from June 15.

Set at Bindi's home, Australia Zoo, 132 teams of two bootcampers had their knowledge, inner strength and stamina tested as they competed in wildlife based challenges, with the aim of making it into the Grand Final to be named "Bindi's Wildlife Warriors".

It's was "game on" during each episode as three teams experienced up-close encounters with wildlife and went head-to-head in three messy and exhilarating wildlife challenges: Zoom Through The Zoo, Gross Island and the Dangerous Dash.

For more Bindi news including the Bindi's Bootcamp playground at the Australian Zoo check https://www.australiazoo.com.au/bindis-bootcamp/ 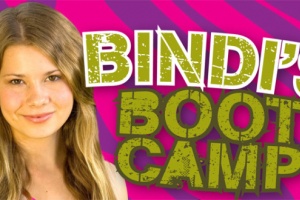