The Discovery Kids channel in Asia has picked up an Australian wildlife gameshow starring the teenage daughter of the late Steve Irwin.

Bindi's Bootcamp is produced by FremantleMedia Australia and Sydney-based Sticky Pictures for pubcaster ABC. The series made its debut in July on ABC3 in Australia.

The series is hosted by Bindi Irwin. It is filmed at Australia Zoo in Queensland and challenges budding adventurers with physical and mental tasks. 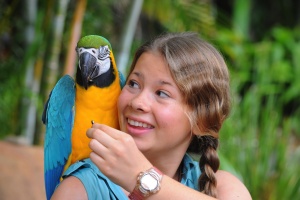