Sticky Pictures' animated series Pirate Express has been selected to take part in the in the Tricks for Kids Series competition of the 23rd Stuttgart International Festival of Animated Film!

The award recipients will be announced at a festival ceremony on 1st May 2016. 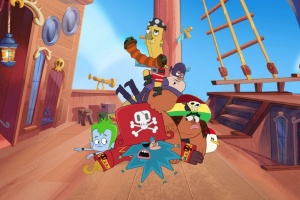