Sticky is very proud of the two nominations in this year's Australian Writers Guild awards for Best Animation Script:

Thomas Duncan-Watt  for Pirate Express episode One Flew Over the Cuckoo's Nest.

The awards will be held Friday Sept 11 in Sydney.

Pirate Express is airing on Go channel and online in Australia and Kix in the UK and will debut on Teletoon later this year.  Winston Steinburger & Sir Dudley Ding is currently in production and will air on ABC3 and Teletoon in 2016! 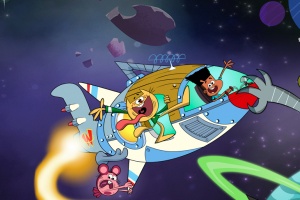