Bindi’s Bootcamp is an exciting and thrilling new wildlife based game show hosted by Bindi Irwin.

Recorded at Australia Zoo, three teams of two kids will compete in daring, messy and exciting wildlife themed challenges.  Each episode will open with a dramatic race through Australia Zoo, followed by a mental challenge, and conclude with a spectacular obstacle course – each featuring the zoo’s live and dangerous animals!

The nine highest-scoring teams across the series will reassemble for the semi-finals, and the top three teams will make the Grand Final. One team will be named “Bindi’s Wildlife Warriors,” wining the prize of a lifetime – a trip with Bindi to help on an Irwin Family conservation programme. 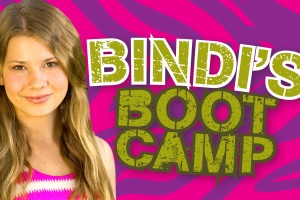