Sticky Pictures is proud to be nominated for Production Business of the Year at the 2017 Screen Producers Australia (SPA) Awards. We're also nominated for our toon Winston Steinburger in the Best Animated Series category. So proud of all our teams!

From the press release: The Media Super Production Business of the Year is awarded to a production business that has produced an outstanding project or body of work, which has contributed to the advancement of the screen industry. The 2016 recipient was production company CJZ, recognising their consistently original and entertaining productions for audiences, both locally and internationally.

The Award recipients will be revealed at the prestigious Screen Producers Australia Awards taking place at the Forum Theatre, Melbourne on Thursday 16 November 2017 during the 32nd SCREEN FOREVER conference (14-16 November). 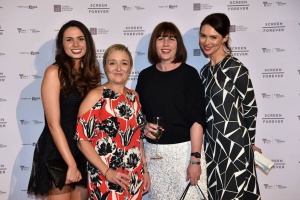